Inherited mutations in BRCA1 and this gene, BRCA2, confer increased lifetime risk of developing breast or ovarian cancer. Both BRCA1 and BRCA2 are involved in maintenance of genome stability, specifically the homologous recombination pathway for double-strand DNA repair. The largest exon in both genes is exon 11, which harbors the most important and frequent mutations in breast cancer patients. The BRCA2 gene was found on chromosome 13q12.3 in human. The BRCA2 protein contains several copies of a 70 aa motif called the BRC motif, and these motifs mediate binding to the RAD51 recombinase which functions in DNA repair. BRCA2 is considered a tumor suppressor gene, as tumors with BRCA2 mutations generally exhibit loss of heterozygosity (LOH) of the wild-type allele. [provided by RefSeq, May 2020] 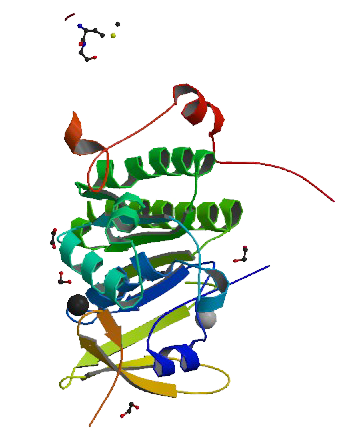