This gene encodes one of the catalytic subunits of protein kinase A, which exists as a tetrameric holoenzyme with two regulatory subunits and two catalytic subunits, in its inactive form. cAMP causes the dissociation of the inactive holoenzyme into a dimer of regulatory subunits bound to four cAMP and two free monomeric catalytic subunits. Four different regulatory subunits and three catalytic subunits have been identified in humans. cAMP-dependent phosphorylation of proteins by protein kinase A is important to many cellular processes, including differentiation, proliferation, and apoptosis. Constitutive activation of this gene caused either by somatic mutations, or genomic duplications of regions that include this gene, have been associated with hyperplasias and adenomas of the adrenal cortex and are linked to corticotropin-independent Cushing’s syndrome. Alternative splicing results in multiple transcript variants encoding different isoforms. Tissue-specific isoforms that differ at the N-terminus have been described, and these isoforms may differ in the post-translational modifications that occur at the N-terminus of some isoforms. [provided by RefSeq, Jan 2015] 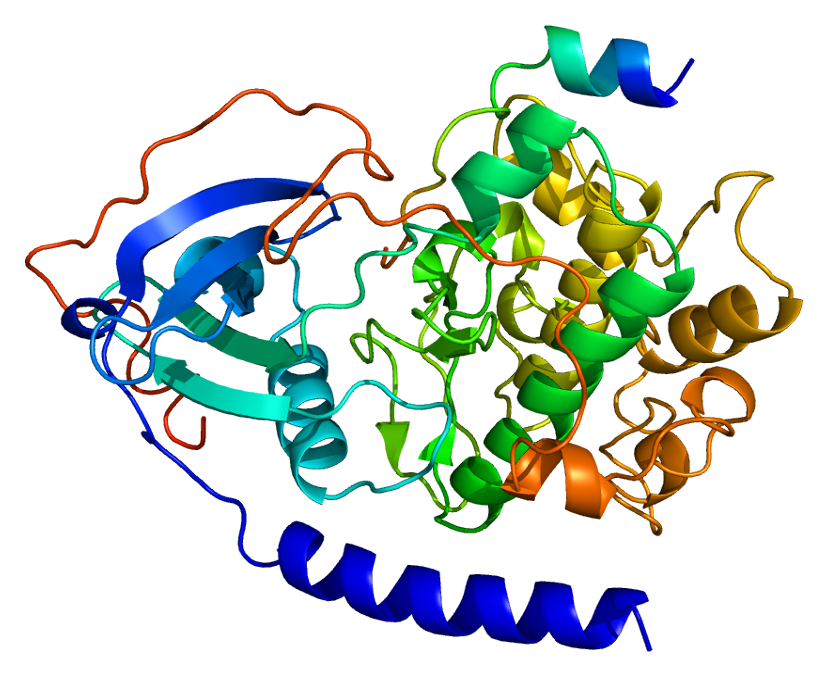 Emw – Own work. Structure of the PRKACA protein. Based on PyMOL rendering of PDB 1apm. 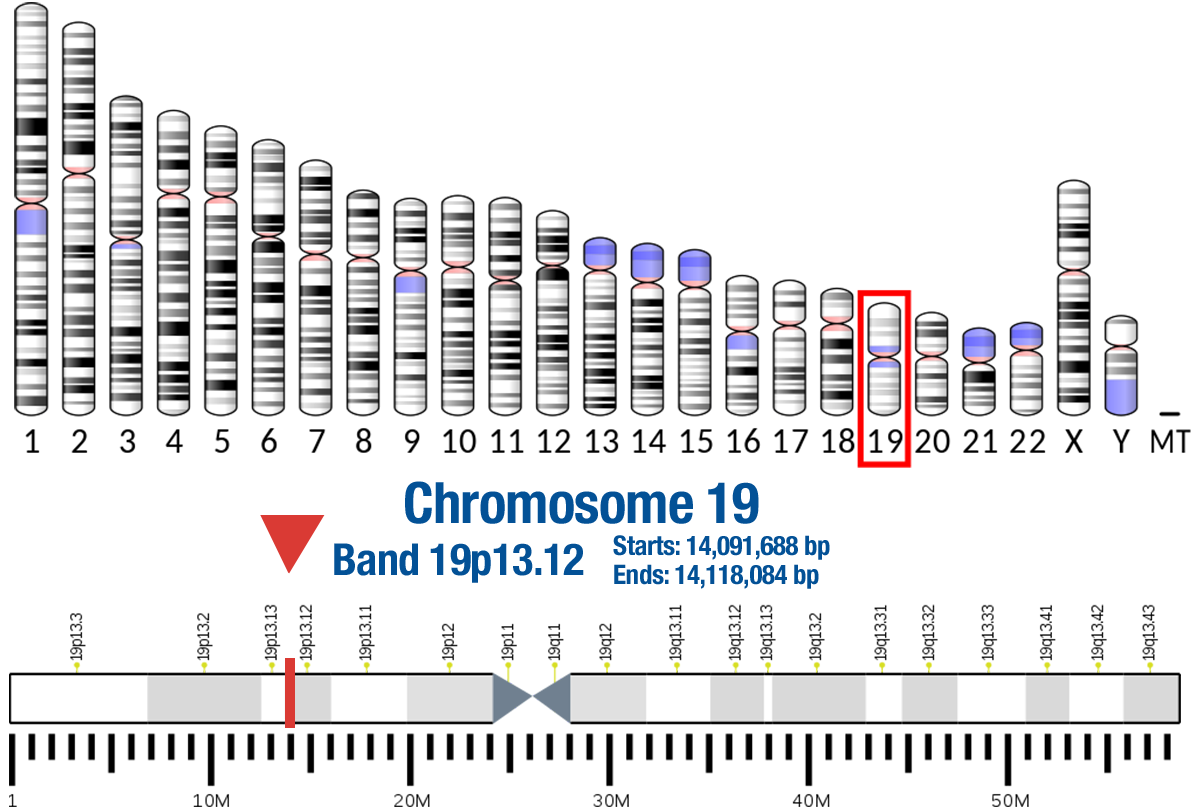