Vinculin is a cytoskeletal protein associated with cell-cell and cell-matrix junctions, where it is thought to function as one of several interacting proteins involved in anchoring F-actin to the membrane. Defects in VCL are the cause of cardiomyopathy dilated type 1W. Dilated cardiomyopathy is a disorder characterized by ventricular dilation and impaired systolic function, resulting in congestive heart failure and arrhythmia. Multiple alternatively spliced transcript variants have been found for this gene, but the biological validity of some variants has not been determined. [provided by RefSeq, Jul 2008] 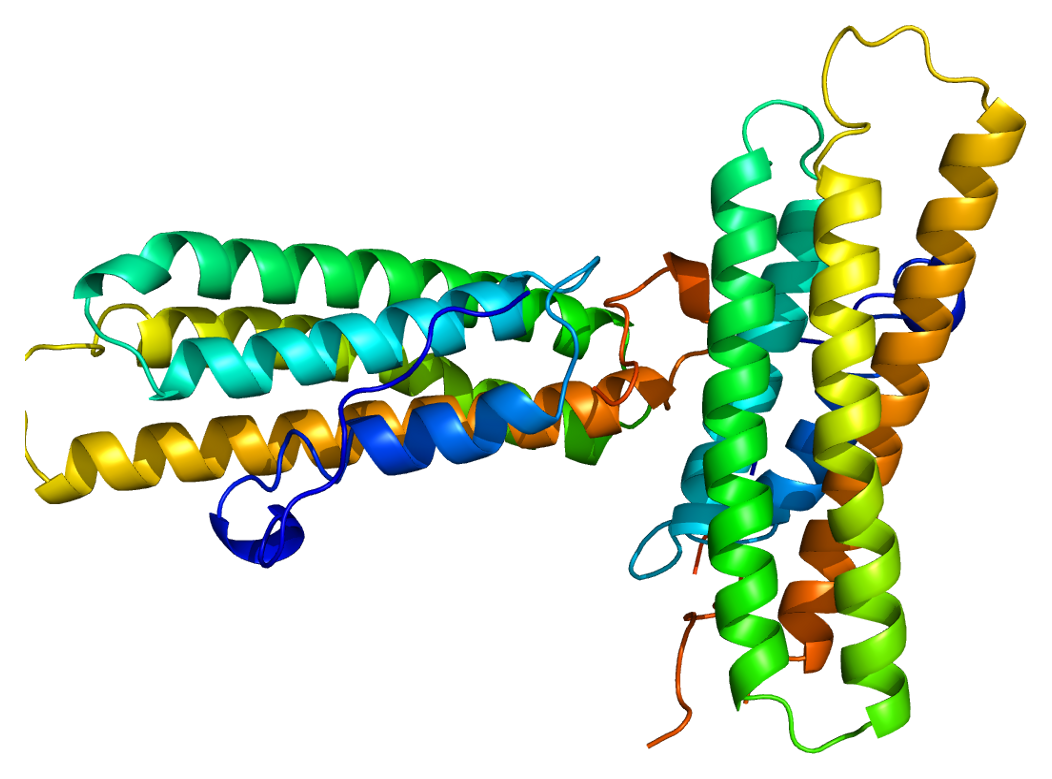 Emw. Structure of the VCL protein. Based on PyMOL rendering of PDB 1qkr.